“Accept the things to which fate binds you, and love the people with whom fate brings you together, but do so with all your heart.”

In the summer of 1936, when the then twenty-year-old Malcolm MacLeod still lived in Hawkesbury, Canada, the American athlete Jesse Owens won four gold medals at the Berlin Olympics. At that precise and present moment in time, he became the most famous man on earth.

History tells us that as Owens climbed the podium after his 100m win, in his blue USA tracksuit and crowned with a laurel upon his head to salute the raising Stars and Stripes flag, Adolf Hitler had already stormed out of the stadium.

This was not true of course.

Hitler remained in the stadium. He wasn’t ‘snubbed’. It was Owens' own President, Franklin. D. Roosevelt, who would snub Owens on his return to America from Germany. President Franklin refused to meet him and the 17 other Black gold medal winners whilst meeting with their white compatriots.

Sometimes what we think we know of the past is just as uncertain as what we hope for in the future.

I’ve thought about death a lot lately and about time, too. Death, of course, gives us the answer to life’s most enduring question – how long do I have? But, alas, it always gives that answer to those left behind. Those, like me, left to look back and live in the past, if only because that is where my parents live now.

Grief is a wormhole, perhaps, one that compresses and folds time, making it easy for us to slip back and live a moment in time again. For so much of my life, I feared the death of my parents in the future world ahead of me and now they are both gone and I am left only with the past. A past found in the flowers I wore in my buttonhole at each of my parents’ funerals, which I kept, and now sits next to each other. Two dried pink flowers acting as the remnants and artefacts of two painful moments in time.

That’s where death lives, in those two undeclared worlds of past and future and in the thoughts of what was and what could have been.

At times, I feel as if I’m either looking hopefully towards the future or looking, longingly, back at the past. With the middle bit, that apparently omnipresent present, always seemingly slipping from my grip. But perhaps in hindsight, that’s the only place the present, like death, can exist: held within the context of the past or future.

My past, which I so foolhardily foretold here on this website, was meant to contain a detailed blogging of my journey across France and the UK – which, alas, never happened. It was also meant to contain my in-laws meeting my father, but that was not to be.

In hindsight, perhaps both the hopes for the future and our longing for the past, that “ache” as Don Draper once called it, only ever gives us a speculative account of what we either hoped for, or what we think happened, in that elusive present moment in time.

I say this as I process two weeks of travels with my father-in-law across France to sites of Canadian and global remembrance and to the former RAF Croft to find his father, which ended over two weeks ago now.

Two weeks which saw me return home to Canada, last week, after our journey from Birmingham to Paris, Vimy Ridge to Dieppe, then to Juno, Gold, and Omaha Beach in Normandy, before finally heading up to Dalton-on-Tees, North Yorkshire, to the place where Ross would finally find the last place on earth his father Malcolm had walked before his last mission.

On this emotional journey, I saw an old man at the top of a cliff looking down at the waves rolling up a beach and then down back into the sea again.

He was crying as a group of people thronged around him. One man placing an arm on his shoulder. This man was William 'Bill' Parker of the Choctaw Nation who was apparently the first American to land on Omaha Beach on D-Day, 78 years ago, in the early morning of June 6th, 1944. For this moment, Bill had become a living memorial to all those who died. A living link that affirmed that what had happened on the beaches below, those 78 years ago, had really happened.

Yet Bill had also seemingly been anointed with rockstar potency. A crowd thronged around him, cameras were raised, and multitudes of photographs were taken, mine added to that list. People looked on in awe, some seemingly wanting to reach out and touch him even.

I'm interested, in the development of Such is the Pathway, to explore our need for acts of memorialisation and commemoration, but also in the interlocking fingers of war, memory and trauma.

But I’m also interested in the notion of fate, and the ways in which futures seem often to be written in the past. I need to brush up on my Quantum Physics.

That said, six months after 'Bill' Parker stormed the beaches of Normandy, my father-in-law's father, Flight Officer Malcolm MacLeod of the Royal Canadian Airforce, would die somewhere over Germany one January night. And as we all finally found RAF Croft, just as I did Bill Parker, I watched as Ross hugged his wife and daughter and cried for the past and the future, which never was.

Fate: let’s return to that word again for a moment and that concept that the future is already written when we imagine that twenty-year-old Malcolm MacLeod in Hawkesbury, listening to the Olympics on the wireless set.

Malcolm loved sport and, without any doubt, he would have also watched the 1936 Berlin Olympics via newsreels as Jesse Owens shone. Yet in that glorious summer, how could he ever conceive that he would lay buried, just walking distance from that packed stadium, in Germany, all these years later? Yet he would. Or how could he imagine that the new German fighter, launched at the opening ceremony of August 1st, the BF 109, which flew over and above the excited crowd, their arms held out rigid in salute, would be the one to kill him? Yet it would.

Perhaps the answers to the future are always held in the past. Yes, in that world somewhere in between happenchance and happenstance.

It's been a strange couple of months, being back in England, and losing my father just as Ross would find his own. But perhaps these months will only make sense in the days to come – those answers being revealed only when I get there.

Malcolm never found his target on that night of January 14th, 1945, or his way back to base, for that matter.

Back home to Canada with Ross. 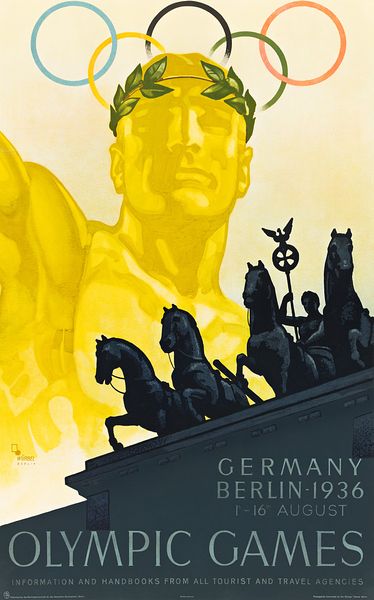