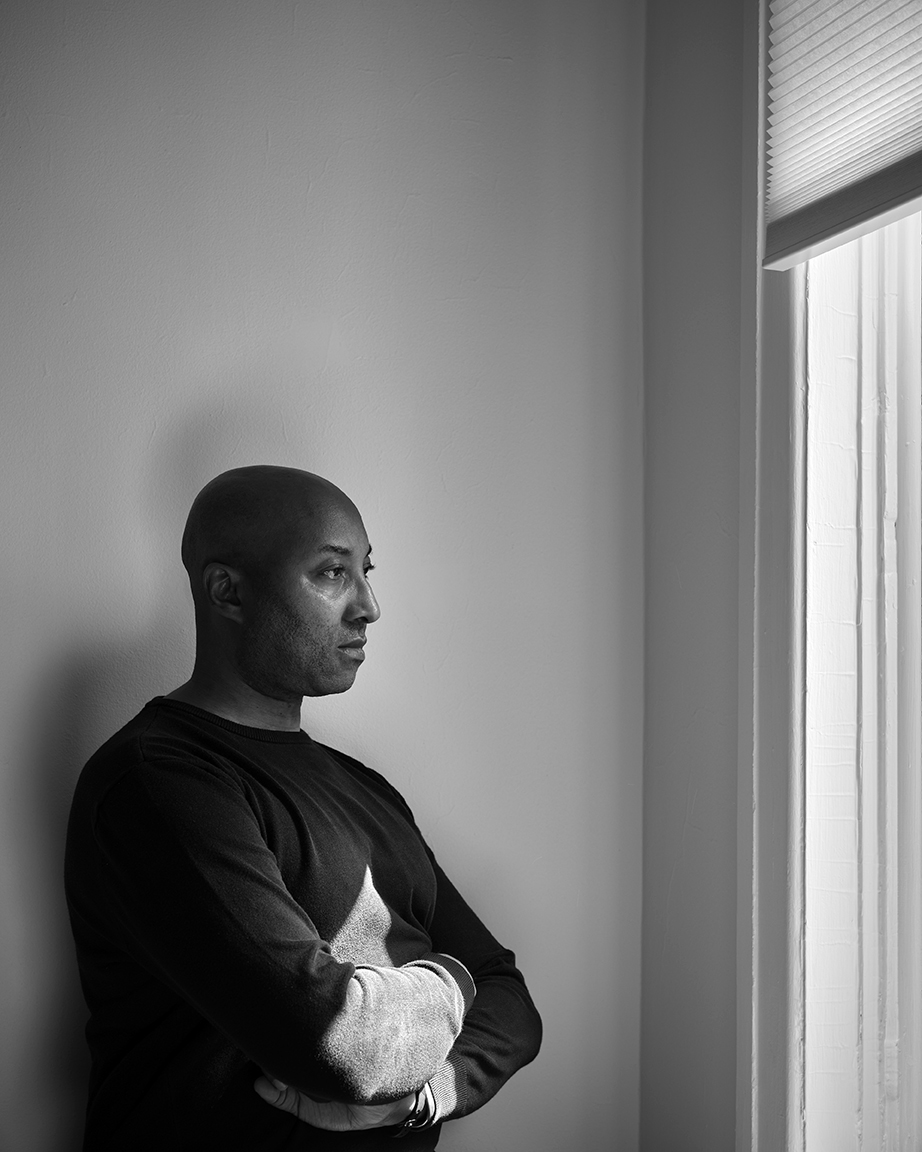 Andrew Jackson is a photographer based between Montréal Canada and the UK. He is an associate lecturer at London College of Communication, who sits on the advisory panel of The Photo Ethics Centre.

He has been a recipient of the month-long Light Work / Autograph ABP artist-in residence program in Syracuse, New York, and is a graduate of the MA Documentary Photography program at Newport in Wales.

Jackson's practice is developed at the intersection of photography and text and, most recently, focuses on notions of war, memorialisation and commemoration. But also the legacies of intergenerational trauma.

His works interrogate notions of place, belonging and selfhood, and focus on the themes of family, migration, displacement, trauma, war and collective memory.

As the art historian Professor Eddie Chambers has written, “British life has had the disastrous effect of immigrants not being routinely regarded as sensitive human beings, but being instead cast as vexatious problems. Jackson’s work restores humanity to people from whom this critical characteristic has been routinely withheld or withdrawn. And in restoring humanity, a thousand stories of life can be, and are, told.”

Current ongoing works include Such is the Pathway, exploring the legacies of war and the Arts Council Funded series Across The Sea is a Shore, a collection of three photographic works which explore the intergenerational legacies of migration to the UK from the Caribbean between Windrush and Brexit. A monograph of the first work in this series, From a Small Island, will be published in 2023.

Jackson has a history of developing platforms that create opportunities for traditionally excluded groups to engage with photography. He has previously co-founded and been the co-director of ReFramed, a UK based organisation which creates opportunities for artists from Black, Asian and other racialised communities to engage with photography. IC Visual in Bristol and Some Cities, which was a participatory non-profit photography company based in Birmingham, UK.

His work has appeared in publications such as The Guardian, Financial Times, Bild, New Statesman.

As a full member of Diversify Photo, he is available for commission.