The abandonment of suburban industrial towns by local and state governments has not been visually documented or accurately covered by the American mass media. With the rise of the "creative class" or "urban pioneers" pitted against the displaced working class, much human suffering experienced by the newly dislocated is overlooked.

For over a decade, LaToya Ruby Frazier has been documenting, through photography and video, the collapse of the steel mill industry, environmental negligence, and deindustrialization that has affected her family and community in Braddock, Pennsylvania, a thirteen-block industrial town in the eastern region of Allegheny County.

In this lecture, Frazier discusses her work, the importance of documentary photography today, and focuses particularly on the intersection of documentary art that represents invisible realities and the importance of cultural memory found in the industrial heritage of towns such as Braddock, Pennsylvania, Brandenburg an der Havel, and the Landschaftspark Duisburg-Nord. Frazier was the Guna S. Mundheim fellow at the American Academy in Berlin in Spring 2014.

What makes a documentary radical? In this film, artist LaToya Ruby Frazier reveals the personal story behind a series of videos and photographs of her family in Braddock, Pennsylvania, a selection of which were exhibited in "Video Studio: Changing Same" at the Studio Museum in Harlem. 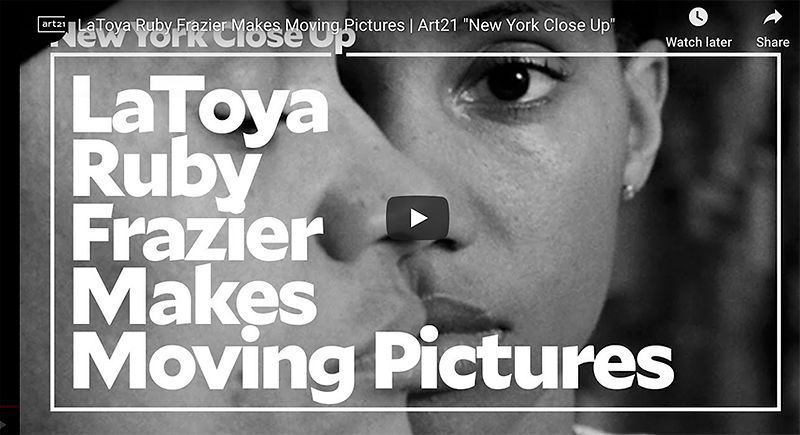