As a self-declared cynical and jaded type, it was great, nonetheless, to experience the sight of 500,000 people, mainly young activists, taking to the streets of Montreal on Friday, during the Climate Strike, on their way to listen to Greta Thunberg.

It's hard though for the self-declared and jaded type that I am not to see how we are all complicit in the very thing which we attempt to disavow.

Everyone on the march on Friday filmed the event on a mobile device of some sort, posting it to their social media networks. With this in mind, it is predicted that the energy consumption needed for all our digital devices is soon set to have a bigger impact on global warming than the entire aviation industry.

That said, 4 hours after taking this photo, I jumped on a plane. 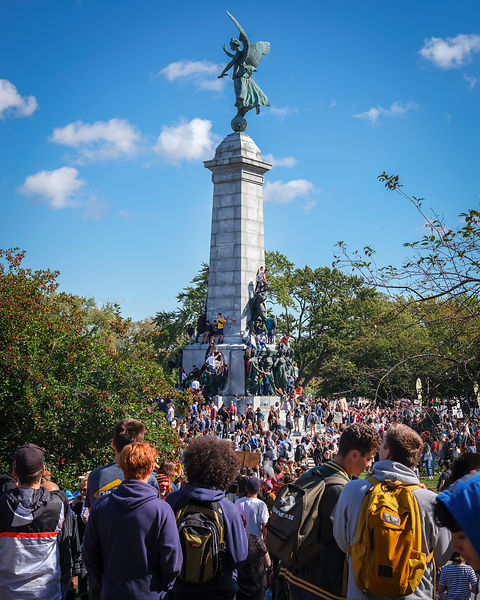 Climate Strike Day at the site of the George-Étienne Cartier Monument in Montreal - September, 27th 2019