"Imagine that the origins of photography go back to 1492.

What could this mean? First and foremost, that we should unlearn the origins of photography as framed by those who were crowned its inventors and other private and state entrepreneurs, as well as its association with a technology that can be reduced to discrete devices held by individual operators. In The Civil Contract of Photography, I proposed to displace photography’s origins from the realms of technology to the body politic of users and reconstruct from its practices a potential history of photography. My attempt to reconfigure photography was still defined by the assumption that it can be accounted for as a domain apart, and hence situated in the early nineteenth century. In what I’m going to post here in the coming weeks, based on my forthcoming book Potential History: Unlearning Imperialism, I also question imperial temporality and spatiality and attempt to account for the world in which photography could emerge. It is not about questioning the exact moment of the inception of photography and proposing that it was this optical device or that chemical substance that made it possible. It is about questioning the political formations that made it possible to proclaim—and institutionalize the idea—that certain sets of practices used as part of large-scale campaigns of imperial violence are separate from this violence and unrelated to it, to an extent that they can even account for it from the outside. Let me frame the question directly: How do those who wrote different histories and theories of photography know that it was invented sometime in the early nineteenth century? They—we—received this knowledge from those invested in its promotion. Accounting for photography based on its promoters’ narratives is like accounting for imperial violence on the terms of those who exercised it, claiming that they had discovered a “new world.”

More on this can be found here: Unlearning Decisive Moments of Photography 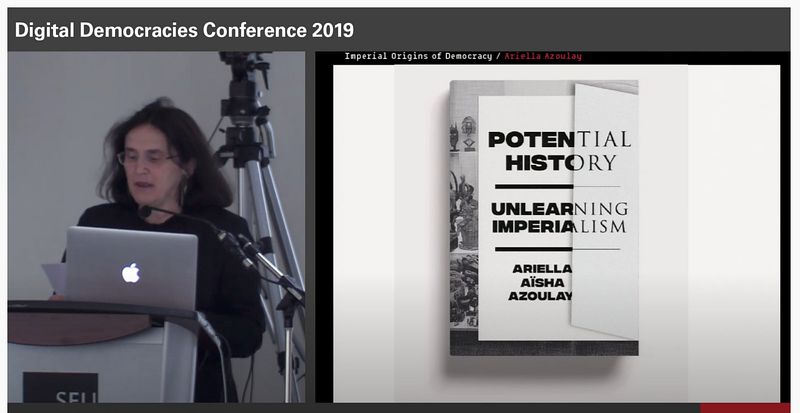