Three-quarters of the way down page forty-six of the 1945 edition of Bomber Command losses, for the night of January 14 / 15, are a few lines describing the loss of a Lancaster X of 431 Squadron, Royal Canadian Air Force.

Just a few lines that describe the loss of KB806 SE-X on an operation to Leuna synthetic oil refinery, just south of Merseburg, and how it collided with a night fighter trying to shoot it down.

Seconds after the bright orange yellow glow of flames succumbed to the cold blackness of that night, F/O Malcolm MacLeod of the Royal Canadian Air Force, would be dead.

Only one lucky crew member of KB806, the rear gunner, would survive to join the meagre 12% of Lancaster crews able to bail out of their stricken planes. The rest of the crew, Malcolm and those five other souls, would perish. Their names added to the 10,000 other dead Canadians of Bomber Command. Who in in turn added to the 56,000 deaths in total. All of them guinea pigs in the Second World War experiment of aerial bombing.

This blog explores the work I am making about that journey to Europe in the summer of 2022. It explores too what happened that night and the ways its traumas still linger on to affect the present. The trauma that affects a son who is still in search of his father and a family shaped by war.

Bomber Command would record twenty-eight other losses that night on its mission against the Axis powers.

The brunt of those losses, of course, would be bombers. Halifax and Lancaster bombers with their seven-man crews. Exploding into twisted metal and flesh and then burning in that night sky.

I can't imagine the terror experienced by those young men spiraling downwards towards earth. Centrifugal forces, like invisible hands, held them in place as they waited for death to find them.

Yet, of course, tens of thousands would experience this fate.

Hundreds alone, just like Malcom, would be killed on that one solitary night of January 14th / 15th, 1945. One night out of two thousand, one hundred and ninety-four other nights of war.

So, I hope you will join me over the summer as this work continues to develop and grow. And as I follow Ross, Malcolm's son, also my father-in-law, on his journey to find his father at a time where I have sadly just lost my own. 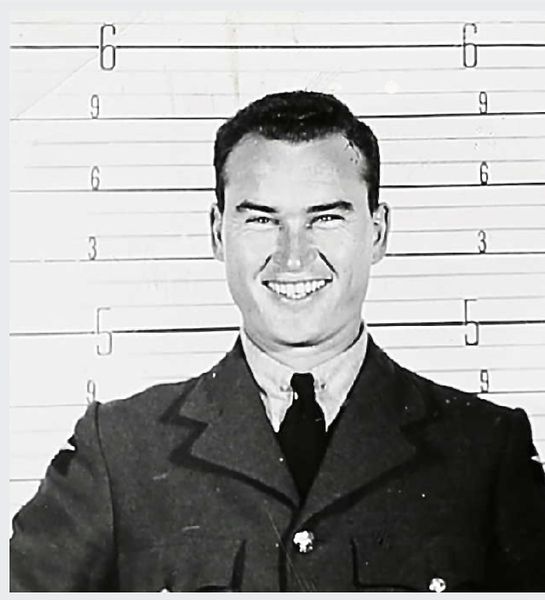