I wake up in the darkness and for a few seconds still think that I’m back at home, instead of in Jamaica, until yesterday and last night begin to filter slowly in, to correct my reality. I lay there, still for a moment, with a slight pang of anxiety rumbling away in my stomach, just listening to the rain falling and to the mournful hollow tome of a Pea Dove calling out like a distress signal from a floundering ship.

Yesterday, Monday, January 23rd, my fear of flying was compounded both by heavy fog but also by the passenger meant to be seated next to me who refused fly; getting off the plane to Kingston because they thought it was going to crash.

Later, 90 minutes after his bag had been found from the hold and after we'd regained our take-off slot and were in the air, I'd imagine him going home, that night, and switching on the TV news expecting to see shaky mobile phone footage of a black and orange fireball rising above a tree line. I imagined him jumping up out of his seat and snapping a figure in mid-air whilst cursing those fuckers at BA for not listening to him. I knew that fucking plane would crash he'd shout out.

Instead of my death vindicating his decision-making process though, his thoughts have only caused him to urinate hundreds of pounds down the drain and become the laughing stock of friends, no doubt on both sides of the Atlantic, who will proclaim him an idiot behind his back; unless the return flight doesn’t make it of course.

We are all hostages to our thoughts, hostages to that voice which calls out to advise us, and hostages to fear of failure or inferiority - perhaps I'm projecting here? Hostages to our beliefs, to experience and to the knowledge of others, which we are socialised to accept as our own but our thoughts are rarely ever our own.

A few days ago I watched my mother stare intently out of her living room window. Standing there upright, transfixed by something as her hands clasped behind her back. I amused myself, briefly, with thoughts that compared her to a Meerkat, standing upright looking out for danger until the thoughts of her illness returned and with it a dark cloud.

As she stood there, I wondered whether the past was taking her back upon a winding journey back home again to Jamaica, back to her father and brother across the sea and back to a time when her body wasn't riddled with pain and her thoughts were truly her own but just as I have found Jamaica, dementia is stripping my mother of her only way back home - through her memories.

Over Christmas I found out that she has stage-six vascular dementia; this has proven to be the Christmas gift that keeps on giving. Tears mostly, for me at least, but it is what it is, as some would say yet I wonder who she will be on my return. I think I’ve known for awhile that this was the case but I did what I’ve always done when the going gets tough, I run away and pretend it’s not happening or I raise a camera and hide behind the safety which it provides.

Amy Blanche Jackson (née Campbell) is a frail figure of a woman now. She’s no longer the plump foreboding matriarch who ran her home like a small African totalitarian State. Now, I’m not saying that my mother was a female, Robert Mugabe, but, woe betide anyone who opened the Garibaldi biscuits without asking and woe betide any of her children who answered her with ‘yeah’ instead of yes mom when she called, as a slipper would be thrown at them, like a throwing star in a kung fu film.

Now, though, her frame is like a sofa that has lost its padding. Bones stick through thinning skin and when I hug her my head leans against a shoulder that is hunched, raising and falling into a curve that takes your cradling arm on an undulating journey as you caress her back before breaking your hug.

But she's had a hard life.

One of pain and trauma, perhaps just like Jamaica, and perhaps if the demons of her past, fade too with her illness, then that won't be such a bad thing; but of course I'm kidding myself, hiding away again from reality before I reach for my camera and head out into the daylight of Kingston. 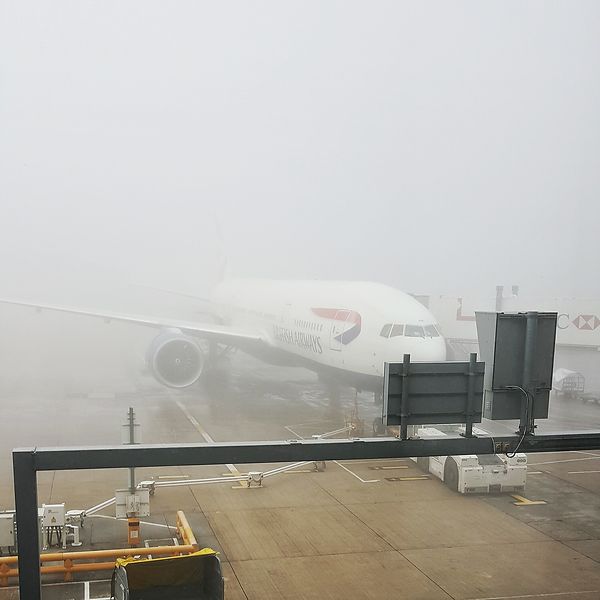