Shashamane: In search of a Promised Land

“We’ve been… Niggers right? From Niggers we went to Negroes, from Negroes we went to Blacks, from Blacks we went to African Americans, so they keep calling us with different names. And why? When our central foundation is: we are Africans.”

"The journey to Shashamane in Ethiopia where a community of people of African heritage from the Caribbean, the USA and Great Britain have returned to live on their forefathers’ land, as sung by Bob Marley. It’s an Exodus that for some has become a haven, but for others a cage with no escape. “Shashamane” chronicles a chapter in the lengthy history of the African diaspora through the voices of men and women who have left the West 400 years after the dawn of the African slave trade, to seek their promised land. “Shashamane” is the second film in a land-themed trilogy, following “This Is My Land… Hebron”. Through the eyes of the director we embark on an extraordinary journey of men and women who have stood the test of time to reclaim their African identity."

"To be able to tell this story it has taken three years of investigation, three months of fact-finding trips and six months of sharing the homes and the lives of the men and women of three different continents. I filmed in Shashamane in Ethiopia, Kingston in Jamaica, and Birmingham and London in Great Britain. The realisation of “Shashamane” became my personal test, on both a physical and a spiritual level. Apart from the difficulty of filming solo in a remote location in Africa, the biggest challenge was to be accepted by the community, which has long avoided contact with the media as well as gazes from the outside. I lived with them, shared their meals and their daily lives, listened to their stories and told my own with honesty."

"The first pioneers were very poor people they didn’t have cameras. So there is very little that documents this incredible story....she heard about [Derek] who had come in the 80s to document the story of the journey of some of the first pioneers. She gave me his email. When I met him, he told me, listen, I have just retired, and you came into my life in a moment when I am recollecting some of the key events on my life and trying to write a book. So what I am doing is also going through the pictures that I took during my journey in Shashemene and my project is to develop some of the pictures in a big format and eventually go back and see who of those pioneers have survived and what happened to their children."

Erin Macleod - Author of Visions of Zion: Ethiopians and Rastafari in the Search for the Promised Land 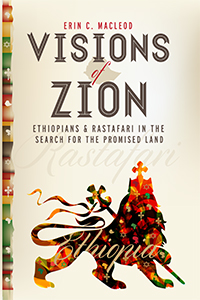 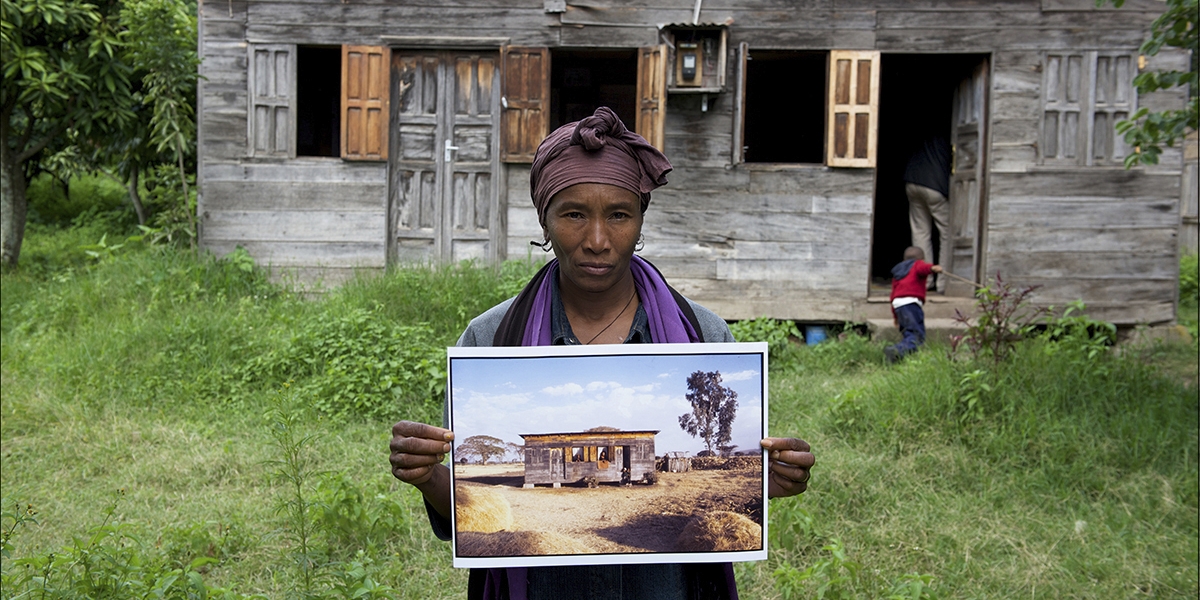 "I took [this photograph] in Shashemene in Ethiopia in2013. I first went to Ethiopia in 1981 to spend time finding out about the Rastafari who had taken up Emperor Haile Selassie’s offer of land and had gone there to live in the 1960s. One of the families I encountered were Clifton and Inez Baugh, who had left Jamaica with their own small child and Inez’s sister’s daughter Ann Marie. This photo shows Ann Marie Boyd in 2013 holding the photo of the house I photographed in 1981.

The reason I’m showing this photo now is because it demonstrates how a photographic intervention can have a resonance far beyond what you might expect. Clifton and Inez were members of theEthiopian World Federation and when I came back to Birmingham I showed my photos to members of the EWF Local 111 in Small Heath. The tangible evidence of their brethren and sistren in Ethiopia galvanized them into action. They sent barrels with food and tools, and eventually several brethren went to Shashemene and built a fantastic, two-storey brick house for the Baugh family.

That same house is now used as a centre for children with HIV/Aids – The Yawenta Children’s Centre and the little board house that Clifton built 50 years ago is still used as a classroom. But the story doesn’t end there. Last year, following the death of her husband, AnnMarie decided to return to Jamaica with her family. She’s there now and I hope to be able to meet with her when I’m next out there. So, what a journey she’s experienced. What an incredibly strong woman she is. I think the lesson to draw from this is: be careful what you get involved in when you take a photograph because the legacy you create lives on and you have to be prepared to accept that."

Excerpt taken from an extended interview Derek gave to me for the Some Cities Spotlight feature here. 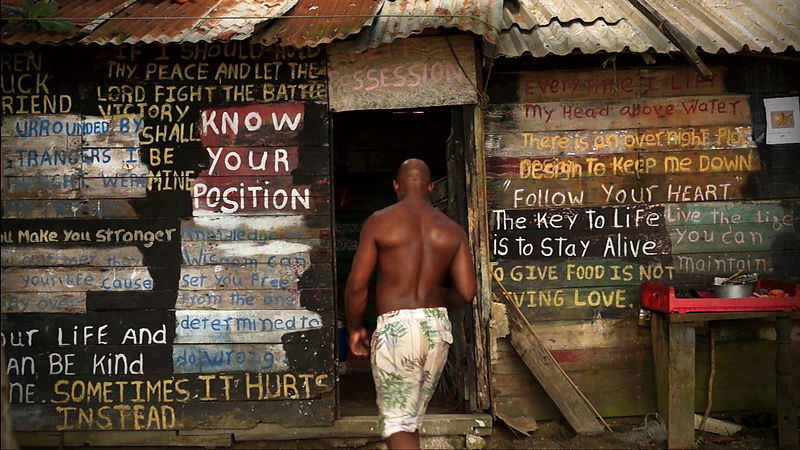