Something happens here after dark, a certain madness that seems to grip the children, who live in this gated community in Acadia; a certain hysteria, if you will, as one by one, they begin to weep and wail inconsolably, which, to compound this further, the dogs here chime in too with their own canine cacophony of bullshit – if only to let these usurpers know how it’s really done.

Then, after an hour, the darkness consumes them all in a silence that leaves nothing but your thoughts and the slight longing for the madness to return.  But the night is a different world here, if only because it clouds intent and reveals the heart of your doubts and weaknesses as you dwell in that mid-world between here and home.

On Saturday I drove home past the scene of a murder close to the Sabina Cricket ground. It’s strangely tiring now hearing from locals about the dangers here. Of course it shouldn’t be, but two days before I left England two guys in sunny Smethwick tried to ‘jack me up’ as I walked to my corner shop.  It was a case of mistaken identity and all ended well, for me at least; so I’m already primed, finger on the trigger here.

To be honest, yes, this phrase should always be followed with ‘no word of a lie’; to be honest, violence is an everyday spectre when you grow up male, black and working class, in the West. Violence, and threats thereof, are found in every aspect of your life, as the black body seems always to be at risk and at threat of it.

For the purposes of survival, identity becomes a performance that demands that you present the ability to exert violence, in order to ward off threats of violence, within a mutually assured level of destruction.

Bastardising a quote from Randall G. Holcombe somewhat “In order to maintain their position…[one]…must demonstrate…that they have the ability to use force to…[protect themselves] should anyone...[attack]”

So, yes, violence was an every day thing growing up.  From the ‘bitch-licks’ of one’s Jamaican parents, at home, the cane at school, the police always letting you know of their powers over you, Skinheads chasing you and other assorted white people cursing at will at you with verbal assaults in the street; and of course from other Black males. "The question of how one should live within a black body, within a country lost in the Dream, is the question of my life," writes Ta-Nehisi Coates in a text that he wrote to his son.

Perhaps it has been the question of mine too.

So, how do you live in a Black body in country that does not value its Blackness?  You just do. But you also have to live with the psychological damage that ensues, when always looking for the attack – physical or otherwise. Every conversation is analysed, replayed, re-examined and every utterance, is panned and sifted; every word that flows through the waters of the everyday, is examined in order to find that nugget of racism that you knew was always there.  This of course makes me sound paranoid; but I am of course paranoid within a society, in Britain, that is not designed to give me the same life opportunities as my white counterparts.

“David Isaac, the watchdog chair, of the Equality and Human Rights Commission highlighted the long-term, systemic racial inequality that hinders people across education, work, health and housing; he also warned that social divisions are likely to widen and racial tensions to grow unless these entrenched unfairnesses are tackled. Life has already worsened in the last five years for many ethnic minority groups, particularly young black people. Not only is poverty twice as likely among ethnic minorities as it is for white people, but black men and their families have seen the largest regressions in pay and income. The number of long-term unemployed young people from ethnic minority communities rose by 49% between 2010 and 2015, while there was a 2% decrease among young white people.”

So, with that said, I thought I would come to Jamaica and find a  very different world, one at least where Blackness would be rewarded and at the very least not be a problem, an issue, or a crime.   Yet, here, in this world that proclaims, ‘Out of many one people’ exists Apartheid in all but name; some may call it classism and others shadism but no, Apartheid exists here.

My mother used to tell me stories of the factory she worked which saw the lightest skinned person as the boss of the plant and the darkest the lowest.  Nothing has changed that much here and whilst I mentioned this in my previous post, it was the sight of five young men today, on the way to Ocho Rios, with the orange, terracotta sheen of bleached skin that prompted me to return to this topic today, as bleaching is endemic here, in this world where Blackness is a disease that must be cured before social mobility and happiness will follow.

This is an uptown and down town world.  In Kingston, the wealthy live up in the hills always able to see who is coming.  Always able to control who joins them at the top; and always able to see the ants below scrabble for survival in the bin of downtown Kingston.  Whilst in Ocho Rios the police walk the streets protecting tourists whilst they leave the black residents of the rest of the town to fend for themselves.

Strangely, though, I wasn’t thinking about this divide when a millionaire paid for my dinner at Gloria’s in Port Royal on Sunday – I was all too grateful for it. To my knowledge, two other millionaires where present at the table one of them having his own golf course at the back of his house apparently.

What was I doing there?

It’s a long story involving, wind turbines and the daughter of my mom’s long lost friend Verna – who I found over Christmas – who was in Kingston for business. She's trying to bring renewable energy, to the island, with the help of a number of wealthy American investors she brought along with her to attend key meetings with the government and key institutions.

It’s hard not to see Jamaica as a country lost in a dream.  Lost in the dream of what could have been in the years after Independence.  The dream has gone if only because it was never really there. There was only ever a tangible hysteria heightened by inauthentic identities imposed upon them by others.  The legacy of slavery will always be seen within a paradigm of brainwashing as Africans brought to these shores endured four hundred years of reprogramming by their ‘owners’ in order to conform them into a docile and willing workforce, loyal to the Sovereign and the Motherland.  Religion obviously played its part in the socialisation process but also shadism did too.  The offspring of ‘Massa”, closer to the big house as they were, and further away from the toils in the field, clearly had a better life than their darker bredrin.  This colonial legacy, of white bias, after four hundred years would not simply disappear in 1962, with Independence

If geneticists have declared that trauma effects and changes one’s DNA and that trauma gets passed down the generations perhaps too is the self hatred that ‘massa’ has brainwashed them to accept. How long I wonder will it be before the Centuries of trauma leave these black bodies?  How long I wonder will it take for this self-hatred to fade and the decline in sales of bleaching creams begin?

Yet the end of my first week here I’m aware that I’m asking theses questions from the viewpoint of the outsider misguided by the thought that he was coming home.  Coming home to an acceptance with oneself that I have never found in Britain.  Indeed, most people are surprised that my parents are even Jamaican, I don’t ‘look’ Jamaican, I’m told.

Perhaps I too am as lost.  Still looking to be claimed and found after all these years.  Left like lost baggage waiting for someone to tell me to whom I belong. As whilst I grew up in England always being told that I was West Indian, Jamaican and now Afro- Caribbean; I am none of the above in the same way that I am not English; and so then who am?

This, of course, is just the melancholic meanderings written at a momentary low point in paradise but tonight I think I’ll add my voice to the chorus of the inconsolables who will weep and wail into the darkness until the silence soothes away their hysteria in dreams found within the soma of sleep.

Until the next time I'll leave you with this photo...don't thank me. 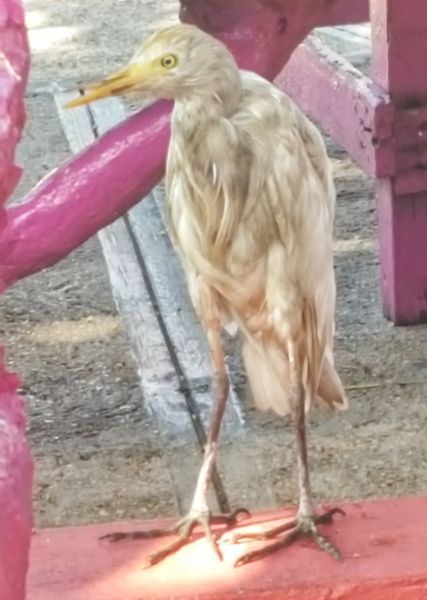