There’s a black dog laying in the gutter; it looks like a small stool that has fallen over in the wind, as it’s white legs, frozen in time, sticks up skywards to where so many here hope they will go one day.

As the car draws closer I look out of the passenger window and down at its still form. Looking at the blood that had gushed out from its head and that has now dried, crimson stained, by the sun onto the asphalt road that leads towards May Pen cemetery.

My Grandfather is buried there somewhere, I think.

People will step out into the road without thinking here and dogs will sit patiently on the side of a road when no cars are there and then step out when they are.  I’m sure the heat does something to the decision-making process, but so does time and the realisation that the dreams they hold will never happen. But of course its just those, without the hypothermia-inducing air conditioning, which means that you have money, who are affected by this condition.

Earlier in the day, I had found the house where my mother had lived. I’d stood in front of the gate, where once was a picket fence, and looked on at something I never thought that I would see. This small space, on a small island, had been one of the earliest memories formed within me by my mother. Before I could read I had gained a mental impression of this place and the middle-class Jamaica in which it existed; and of a family who had a maid and of a woman who left that all behind to work in a factory in cold England.

That world is long gone now and 44 Pouyatt Street has, since then, been blighted by warring political parties, and gangs that saw young black men continue to kill other young black men for drug barons who live up in the splendour of the hills.

Jones Town, the place where many tell you not to go, and where I was only able to, after being vouched for by Leon, who closed up his shop to take us around. I’ll say that again, he closed his shop to take me around; me, a stranger who he’d randomly only met after I had purchased a bottle of water and then explained why I was here.

There are good people in Jones Town, if I’m robbed on my next visit I will have to edit this post, but it’s not good here as Jones Town could be the backdrop for a Call of Duty video game. Single trees adorn fields of rubbish as fat pigs wander around occasionally pushing their snouts into the mud in order to keep up their figures.

Leon asked people, who had approached me in street, as I stood outside of the house, about my mother but no one knew her; as some began to question why I was here.  Why was I photographing this house? Have you come to take it back?

That’s not what you want people to think here.

Someone tells Leon about an old man at number 59.  With prompting Mr Osman appears from a slumber, which something tells me has lasted for some time. He’s 80 and moved into the street a year before my mother left, he explains that the house was purchased by a Mr Johnson and informs us again that he knows someone who might know more.

Thus begins a journey through Jones Town, just a short one, until we bump into the wife of the man at the end of our travels. She guides us to Mr Works.  He’s in bed, he’s ill but the message that a man from England wishes to talk to him rouses him from his rest.

Mr Osman, explains, wrongly, who my family are, I try to interject but I’m chastised by him as he continues to take us down a cul-de-sac. A confused Mr Works, in turn, begins a speech that takes us further down that same cul-de-sac by telling us about his own journey to England, Handsworth it turns out; about his life as a beekeeper and his return to Jamaica. It’s all fantastic stuff but I just want to know if he knows my mom.

As he continues he tells us that he has prostate cancer, telling us about the stigma that Jamaican men have where they will sooner suffer from cancer than have a finger pushed up their bottom to get checked.

Instantly, as if choreographed by Busby Berkeley, every man looks down at their feet in that childish way you do when you either are trying to hide away from reality or are trying to smother a giggle, which I immaturely was. I look up 'fixing my face' and in an attempt to get this meeting back on track say that my mother’s name was Campbell, Amy Campbell.

Mr Works sits back on his stool and smiles and then says, yes man, Amy Campbell why didn’t you say I knew her she was a plump brown skin woman (I will delete that from the version I tell my mother I think), and her father, he was tall I say. No man he was short like you, mentally I say to myself, yes he was a tall man; and her brother, he continues, he was always there; he never left.

Mr Works was only twelve when she left but he had remembered her. All these long years had gone by to the extent that this 79 years old mad could still see her in his mind.

He remembered her as the person she hoped she would always stay. As the young woman with nice hair, that time has taken now, who stood upright, faced the world and rode her bike through the streets of Kingston.

He remembered her, as I would never know her, but that was enough.

I rang her in front of Mr. Works, as he sat there in his white vest and pants, a guava fruit clutched in his left hand, in the excited hope of letting her know that I had found her home, that it was still there and that she was remembered but whether she never heard me or whether the confusion that is dementia never allowed her to register what I said, the moment fell flat, as she asked me if I was home yet.

Not yet mom, but soon, I said, I’ll be home soon and I’ll see you then, as I ended the call. Everyone who had looked for the Hollywood ending, perhaps that was just me, looked away as I looked up only to stare at the washing on the washing line that gently swayed in the breeze of a backyard, of a house, not far away from where my mother once lived. 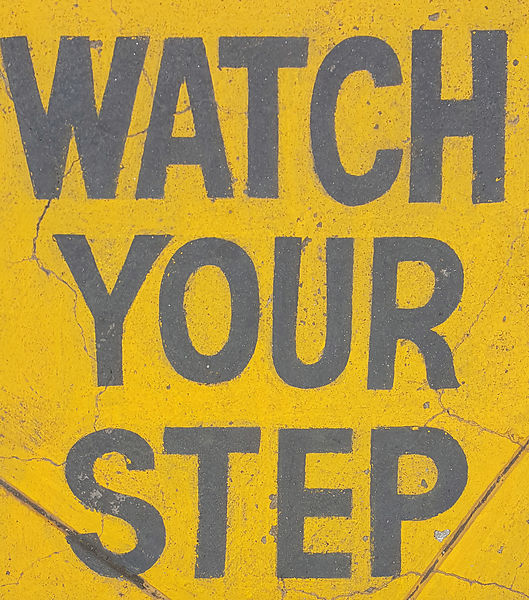