What responsibility does an artist have to their own community?

What responsibility does an artist have to their own community?

We often ask ourselves, who is our audience?

But what increasingly I've been asking myself is what responsibility do I have, as an artist, to my audience and to my community'?

At the State of Photography symposium recently I spoke about how the ways in which the constant and prevailing negative images of 'black bodies' had spurred me on to want to become involved in photography in the hope of creating my own more self aware representations.

A few days after the symposium I had the great pleasure to meet Ruben H Bermudez whose great book - Y tú, ¿por qué eres negro? // And you, why are you black? - I had just been introduced to whilst at Photoespana. It systematically explores the ways in which 'Blackness' is framed within Spain. A wonky phonecam video I made, whilst out there, can be viewed here:

Just imagine, if we were able to have access to every important photographic archive in the West which held images of Black people, made since the first photograph in 1826 until today; we would be confronted, no doubt, with the undeniable fact that the overall majority of those images would have been taken by photographers, who bore no resemblance or connection, to those within the frame.

In that sense, the vast majority of those photographs would have been taken by white photographers.

Therefore, in the history of photography white photographers have been instrumental in shaping the visual representation of the Black body, and evidentially continue so to do.

White photographers, such as Vivian Sassen, but of course there are countless others out there, you know who you are, who continue to use Black bodies as props, continue to fetishize, make strange or create an atmosphere of otherness about Black bodies...ahhh yes, there is always an 'otherness'. Or the alluding to of Black bodies as being closer to nature, mythical, potent, lacking, bestial, violent, linked to music and dance, spiritual (yawn) anything, for that matter, other than fully rounded, nuanced human beings.

The Black body is only there to be consumed, appropriated and looked at, and as such, the body is made weak and powerless because of this. This is it's role and purpose.

There is no attempt to represent any level of equality, as the subject is denied an identity or any meaning beyond the physicality of its form.  The black body is incarcerated within the the frame and subject to a gaze it can never respond to.

Sure, going back to Sassen, that she would cite her 'love for black skin' or her 'celebration' of black bodies yet, beyond the 'flimflammery' of the snake oil seller, there still resides the thinly veiled actions of the Colonialist.

Firstly, because their images reflect solely on the external physicality of their subjects, there is never a two-way dialogue here an attempt to flesh out an identity - only an attempt to suppress one, seeking only to continue the tropes of Colonial anthropology and racial politics, in more artistic ways.

Secondly, because their images are never produced for a Black audience, these images are always only for a white one.

What we see is a dialogue about Black people, made by white people, for other white people, that excludes and then doesn't even solicit the participation of the very people within the frame.

But, welcome to photography - hello there World Press Photography Awards!

So, when a white photographer chooses to focus solely on Black bodies I always ask myself why?

Even when I often know the answer.

Photography is a deeply problematic medium as historically it has helped sanction and legitimise the horrors of Colonialism and then shape the ensuing racial politics to follow and without doubt we can see that it still continues to do so today. So I guess by photographing Black bodies many white photographers are just continuing on in a long, long rich tradition.

Anyway, on that note, I'll leave you with LaToya Ruby Frazier taking on this question directly in the first and third videos before then reflecting on why she documents her family in the second. 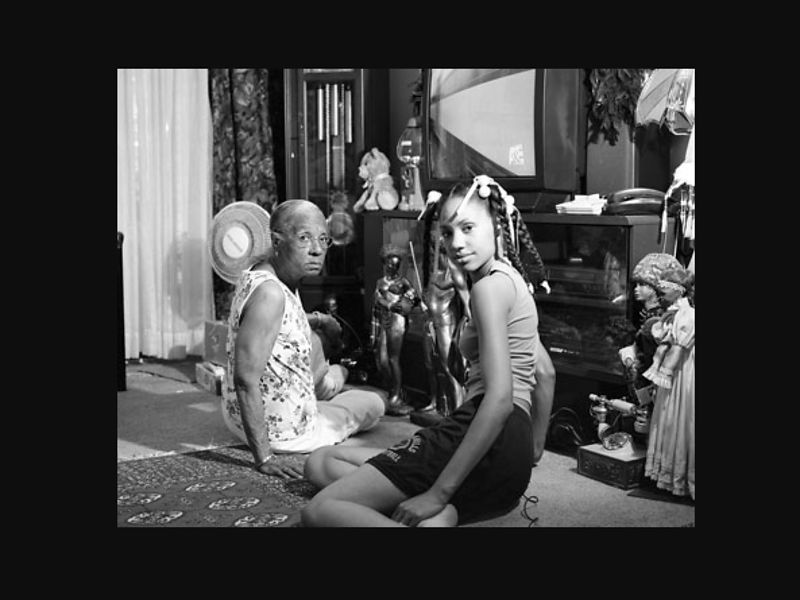