I tucked the box of cereal and Almond Milk under my arm and then attempted to grab a jar of coffee off the shelf, all the time with a shop assistant watching this sad excuse for a balancing act, until she couldn't take anymore as she rushed over to help, by carrying my choices to the counter for me.  I thanked her and asked if I could pay by card.

She rung up the Sultana Bran, Almond Milk and cheap instant coffee, after getting home and trying it I would later question whether someone had just put fine brown dirt in a jar and stuck a label on it, and then heard, from behind the glass screen of the counter, that will be JD 2888.00 please.

That’s about  £20 I thought, £20, as I fought the urge to run out of the store imagining myself, along the way, doing a roundhouse kick to the head of the guard on the exit, turning to watch his hat fly off as his head jerks back, the shock and surprise on his face fading into the look of pain as he flies through the air.

20 fucking pounds for a box of cereal, almond milk and cheap coffee; that’s over half a week’s wages for someone working 40 hours on minimum wage.  One day, here on this beautiful island, people will indeed, get up, stand up and stand up for their rights and it will not be pretty.

The cost of living and the cost of just surviving for most is so high here.

I told someone to keep the change, on Friday, change which amounted to JD100 (60p) and they almost had tears in their eyes as they thanked me. Conversely, someone else, who had told me they had no food to eat, whom I’d given 90p to, looked at me with those hollow eyes, which I knew held long-term plans for this here foreigner.

He was big, a heavyweight boxer waiting for his next fight, he said, dancing around the ring softening me up with preliminary questions that jabbed out looking for the weaknesses in my defence.

Where am I going after here, what time am I leaving, do I need help getting there, when am I coming back? Where do I live? Can I have your number on this paper? Can you put your name on it too; do you have a second name, have you got a second number? How long are you out here for?

Life has taught me that it’s quite hard to tell a professional heavyweight boxer standing, right next to you, correction, looming right over you, to go and fuck himself.  Enough questions already! Would have been quickly followed by can you please take your foot off my throat please Sir? So I duly answered every question.  Watching his eyes as his brain worked out the next chess move. I won’t use his name here, and I’m only a little paranoid, but I knew he didn’t mean me well.

To be asked by a stranger for money, so he can eat, as he watches you pack all of your seemingly expensive camera gear away, well, is an uncomfortable place to be in.  I know some photographers like to position themselves as God-like figures, doing God-like works, and that their photographs are changing lives – their own mainly of course.  But I know my photographs won’t change anything, not for the boxer, or Jamaica.

People in Britain will still think of Jamaica as being a cross between a Lilt and Malibu advert, directed by Quentin Tarantino, that has a cameo by Usain Bolt; regardless of what photographs I take here.  Regardless of how subtle or nuanced my observations are Jamaicans will rightly say, well, what does this foreigner know about our country anyway and British people will think he went out to Jamaica and never brought it back.

The children of the diaspora will always be in that mid-outside / inside world; always wanting to belong to something that doesn’t either need them or want them; as they’re told who they are by others. Always at home and abroad, always out at sea, in flight and always at odds with the multiple identities, which churn away inside them.

Cry me a river I hear you say, as we’re all lost in our own ways; me, you and the hollow-eyed heavyweight boxer, on the make, all of us just trying to make sense of it all.

All of us are in the same ring, just trying to fight our way through, putting up the best defence that we can. Always on the move, dodging life's punches, whilst hoping not to get hit; even though we all know that we will. 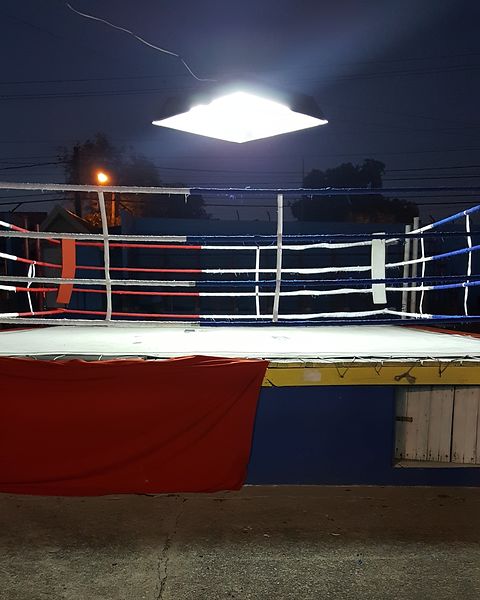