Photography is never objective; anyone who has dozed through the first year of an undergraduate photography course will have had that beaten into them.  The photograph always comes with an agenda; a point of view, a subjective imposition if you will, within a polemical and didactic illustration of, well, something or the other.

Photography, and more so it’s non-vernacular incarnation, then, as John Tagg may agree, is more often an expert witness testifying on behalf of the photographer than it is the defender of the subject of their gaze; in this sense, photography is more likely to denounce than it is to defend; more likely to accuse than acquit.

Some of you now are shouting out the names of humanistic and socially concerned photographers who have championed the issues and concerns of the ‘less fortunate’. Yet, of all the social concern of photography there is also the presumption that the 'man' or at least capitalism needs the afflicted, the under-classed and the poor to be made visible.

Not to solicit our empathy for them, of course, but to engender within us a sense of fear. The poor, in this analogy, become the carrot and the stick that propels the viewer to want to work harder in order to avoid becoming the very victims of our gaze within the photograph.  It is also important to stress that the ‘system’ which is afflicting and blighting the lives of the objects of our gaze is never visible with the frame – only the afflicted are.

The balance, inevitably, of who is doing the looking and who is being looked at - and who their images are being made for - is indeed the question.   Usually the audience for these 'concerned' images are still never the same as the subjects under scrutiny - as mages of poverty, for example, are more likely to be viewed by people outside of poverty. So indirectly they are made for the consumption of others.

This does not mean that these images should not be taken of course it’s just to raise the problematics of representation and consumption.

Of course if we change class for race invariably we see a similar paradigm.  Most images of black Africans, which permeate Western Media, see white picture editors or charities commissioning white photographers to produce images of Black people for mainly white audiences.

For a representation of an object to be seen as “accurate” the audience or consumer must first have a preconceived concept of this object to hold this representation against.  Therefore, for the photographer and in turn the picture editor or charity to have their images accepted by their audience as 'real' they must produce them in ways in which the audience already perceive Black Africans to exist.

But how can a white audience, the white photographer and the white editor know what it's like to be a Black African in Africa?  One can argue that they know what it's like to be human - so can empathise - but that would be a trite commentary as we know the debates concerning representation is much more nuanced than that. So the simple answer is that they can't know and as such we are more often than not presented with a continual cliché of starving children, war, and famine – a continent in crisis.  Upon the continent of Africa there is of course war, famine and starving children but these tropes do not reflect the totality of African existence.  But ‘normality’ and domesticity does not sell as Stephen Mayes alludes to here and it does not fit the paradigm of perceived representation.  Photography, in this mode, as soon we will see World Press Photo confirm, becomes the lynchpin in the construction and continuation of stereotypical representations that comfort, soothes and confirms the West’s known knowledge of the world.

Essentially I’m trying to articulate the need for people to tell their own stories - whether they be in disenfranchised communities in Balsall Heath or entire races in distant continents - in order to affirm their own representations and to record their own histories.  Black Africans and the black experience (and we could change the word black to Irish, Polish, Romanian etc) need to be chronicled by photographers who live their experiences and understand their lives; not through a desire to change the West’s perception, because that ship has sailed, but because “...if you can’t see it...you can’t be it...”

There is a need for people to create representations that matter to them because the consequences of being socialed to imagery constructed by others could be seen in the black child - white doll experiments.

Yesterday I met up with two friends who have both helped and inspire my photography, on the right, is the South African photographer Fanie Jason and on the left Vanley Burke.  I hold their work in great admiration both for the integrity of their practice but also because of the great obstacles they have faced to survive and ‘make it’ within this industry.

For Fanie, currently exhibiting in the Museum Africa to have been born under Apartheid and to then become an internationally recognised photographer is a great source of inspiration to me.  Similarly so for Vanley, who travelled from Jamaica to find himself through photography, in a new world, and then to create works that broach the boundaries of arts and historical documents, equally so inspire me.

Both Fanie and Vanley have used photography to disseminate instead of accuse producing images that reflect and represent realities that they live; images that have been embraced by and empowered the very same people within their images.

Later this year, via Some Cities, we hope to create opportunities for people across Birmingham to become community researchers and learn the skills that will enable them to tell their own and their communities stories in order to archive their own experiences.

We're excited about the potential of this as without a doubt representation matters. 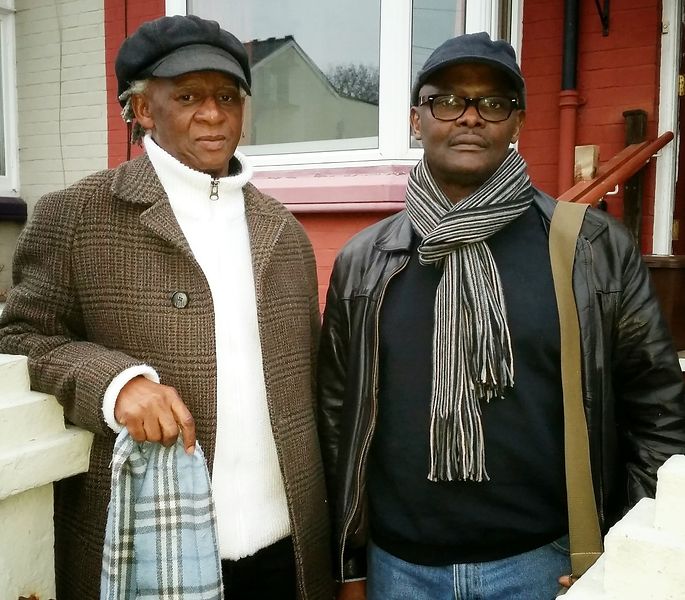